Craigmore has marked a milestone in its forestry business with the felling of the first trees at Lagoon Hill Station in the Wairarapa. 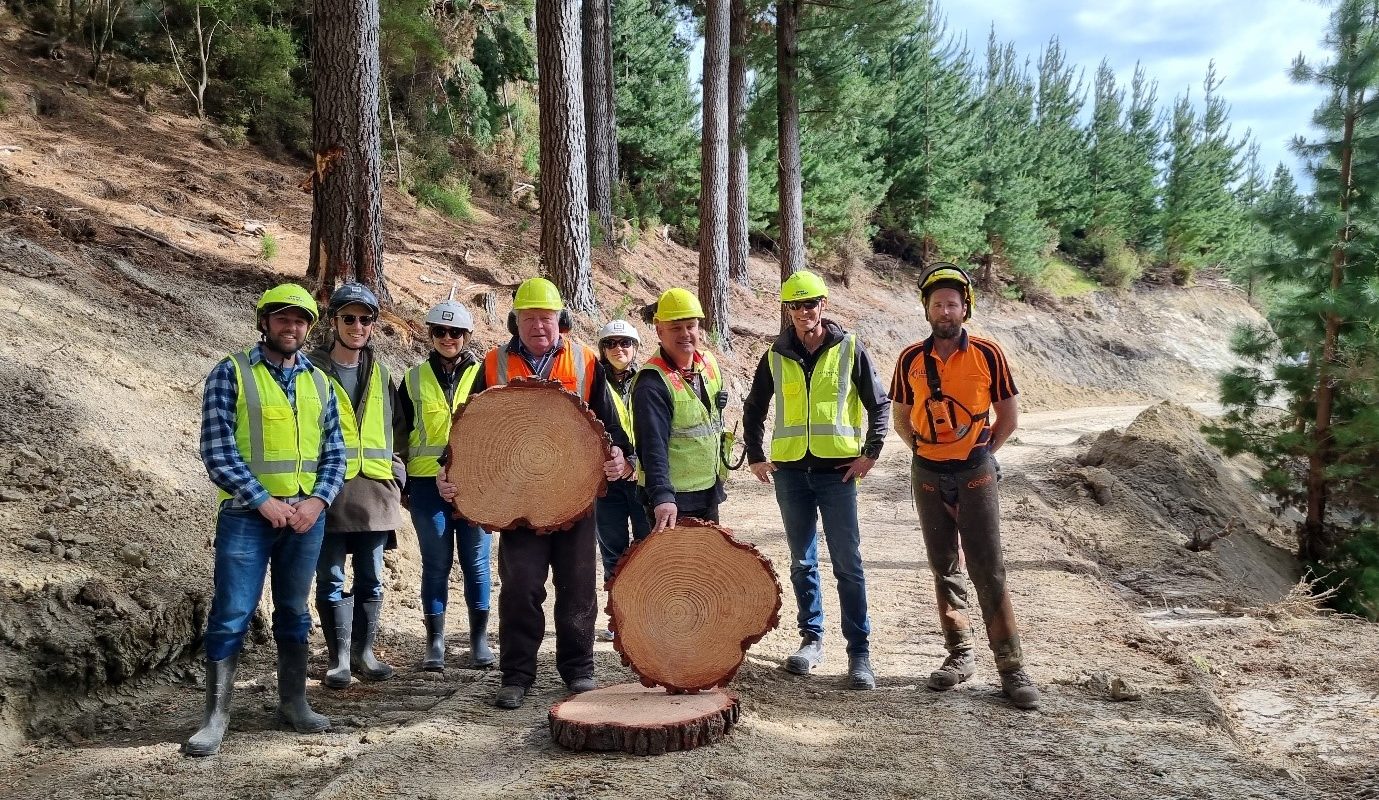 This was a monumental occasion for the team, but none more so than for former station manager Butch Carrington [Butch is pictured above centre-left, holding one of the first rounds].

Butch managed Lagoon Hill from 1994-2010 and oversaw the the forestry establishment in 1995-1998. After finishing as station manager in 2010, Butch continued his involvement with forestry at Lagoon Hill, overseeing the establishment of the area known as Brown Hill in 2011-2012.

Butch remembers the winter in 1995 as being very wet with frequent flooding making access challenging.

“I never envisaged it would turn into such a significant project … it’s a good thing,” Butch said.

The area established in 1995-1998 is now mature and ready to harvest and Forestry General Manager John Barker said it was important to bring everyone together for the event.

“It was an honour to have Butch back at Lagoon Hill in October to participate in the felling of the first tree as road lining operations commence, which marks the start of a five year harvest programme,” said John.

This harvest employs local contractors from Masterton operating the on-site quarry and building the roads. The harvesting contractor is based in Carterton and log cartage drivers are from the region. The logs will be sold to the domestic and export markets for the construction industry with up to 25,000 tonnes of logs per annum supplied to sawmills in Masterton and Napier.

Lagoon Hill Station was purchased by Kauri Forestry LP in 2019 with 1,400 hectares of established radiata pine forest. Since the purchase, a further 1,204 hectares have been planted in radiata pine and another 59 hectares in natives along the Ōterei River.