A drought is currently affecting most but not all North Island farming areas. The region had good rainfall in the NZ spring running up to December 2012, however since then low levels of rainfall have fallen in a region that is normally remarkably humid (often experiencing good rainfall every week or 10 days). 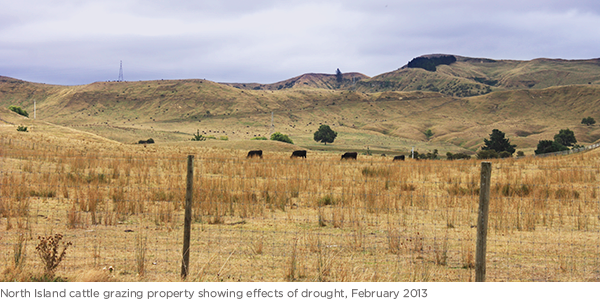 As a result the March 2013 average daily dairy production in the NZ North Island is estimated to be down 40% on levels in March 2012. For the entire 2012-2013 season North Island dairy farms production will be down 5-10% compared to 2012, whilst costs will have risen as expensive supplementary feed is used to help maintain production levels.

Since the North Island of New Zealand supplies over 20% of international traded dairy commodities, the anticipation of reduced supply from this region at the tail end of the NZ season has rapidly escalated dairy commodity prices (USD prices for Whole Milk Powder have risen 24% within the past month).

Craigmore’s dairy operations are in the South Island and are all fully irrigated. As a result the productivity impact of the drought on Craigmore Farming Partnership dairy operations has been minimal.

The 30% of Craigmore’s farming businesses that are in the North Island, which are non-dairy, have been impacted to varying degrees and we estimate the effect of the drought on these operations will reduce 2012/2013 seasonal returns by 1%. 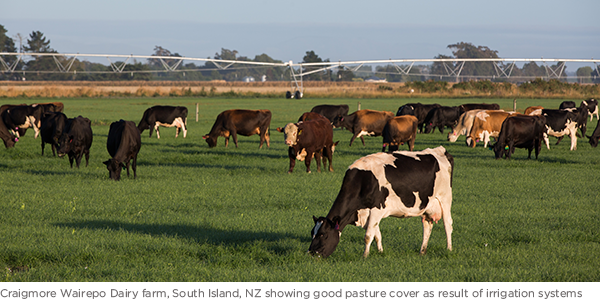 NZ’s weather agency NIWA estimates that droughts are going to become more frequent (NIWA: Drought in a changing climate). It follows that farmland strategies which attempt to mitigate drought risk through irrigation and diversification strategies may have significant roles to play in the future.