Toward One Laptop For Every Lamb

De-leveraging continues in New Zealand. Land prices in NZ are hovering 15% to 30% off their peak values of 2007.

This despite an excellent recovery of commodity prices (see graph below). 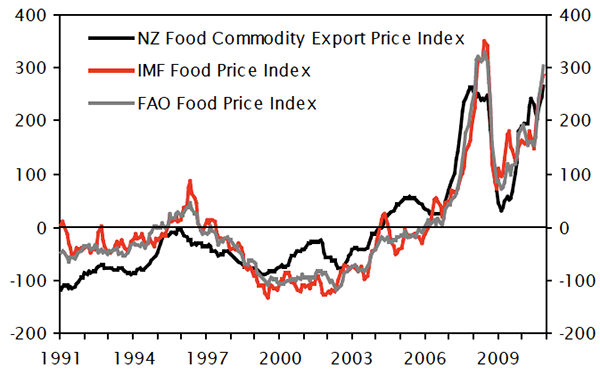 The reason land prices are soft even while commodities are strong is bank financing continues to be withdrawn from over-extended borrowers. Rural  “developers” with multiple properties are in many cases being forced to sell at least one farm. In some cases entire portfolios are being sold in mortgagee sales.

The banks, and the government, are trying to wean NZ off a “debt addicted” growth  model. Not only is this “the right” policy for NZ  but it also presents an excellent opportunity to acquire reasonably priced assets.

The Founders have used their own capital to secure nearly 10,000 hectares (25,000 acres) of NZ land. These holdings may  be seeded into the Funds, subject to regulatory approval. About NZ$40 mm has been invested in this land and it’s improvements (an average of NZ$4,000 per ha – around GBP 800 per acre). The largest part of this land is earmarked, subject to approval, for  the Craigmore Forestry Fund. 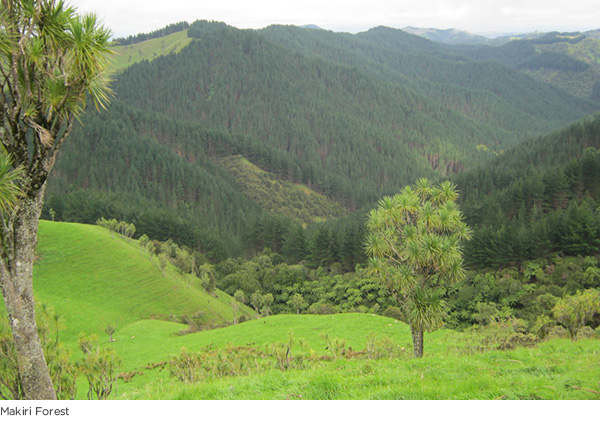 Trees are best planted in winter. When they are dormant and when the ground is moist. Craigmore’s 2011 planting will start in two months (July  is deep winter in New Zealand). Craigmore’s two full time forestry managers Che Charteris and Bryan McKinlay have organised teams of up to 100 planters. They will visit each of the five properties we are planting this winter. These planters will plant approximately 3.2 million seedlings on 3,200 ha. 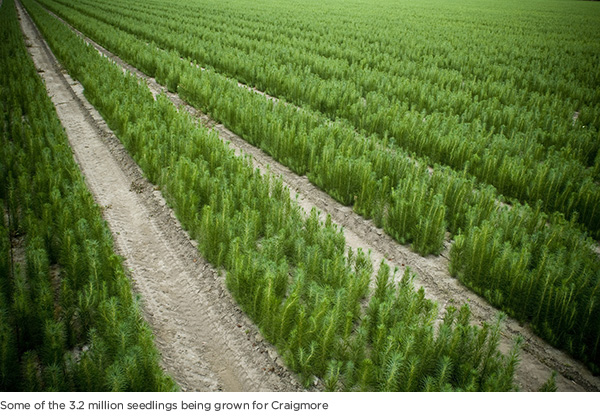 This planting programme is a massive undertaking (one of the largest happening anywhere in New Zealand this year) and Che and Bryan are currently working 16 hour days getting it organised. Meanwhile they are still finding time to negotiate the purchase of a couple more blocks of land. 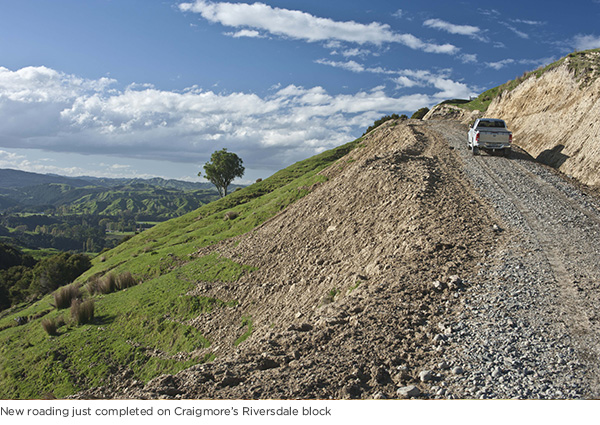 Some farming assets may be sold into a sister “Craigmore Farming Fund” presently being established. The Craigmore Farming Fund is focused on financing strong share farming partners in the management of top quality farmland. Target sectors weightings include dairy (40% to 60%), sheep/beef/deer (30% to 40% ) and horticulture/arable (10% to 25%). 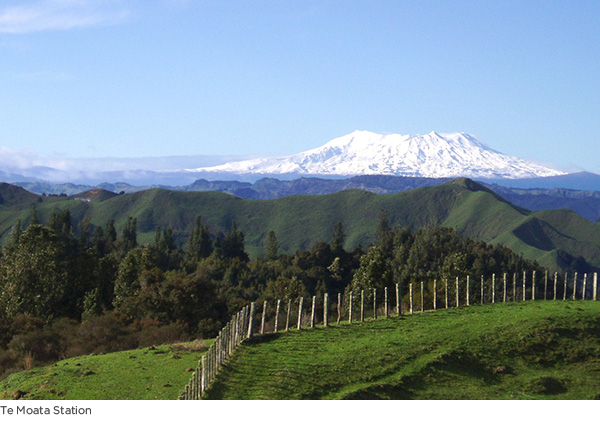 The Craigmore team is growing

Since our last Newsletter Bryan McKinlay has joined us as our second full time forestry professional. George Paterson, a chartered accountant and experienced public company director, has also joined the Craigmore team in Wellington as CFO. Bryan and George will be profiled in subsequent  Newsletters.

We continue to bid some attractive Australian forestry assets. The earlier voluntary restructuring failed. The assets are now being liquidated. Craigmore remains in the hunt.

In the 1990s a laptop cost around NZ$2,500 which was approximately the same cost as buying 100 lambs (NZ$25 ea). Today a laptop is worth only NZ$750. Equivalent to six lambs (approx  NZ$125 ea). Lambs look set to trade up to around NZ$150 over the next couple of years with many farmers already achieving that price. In the UK they regularly achieve prices of NZ$200. Meanwhile laptops, given the competition in the sector, and the strong NZ$, could trade down to NZ$450. If they do they will be worth just three lambs.

The terms of trade of lamb, relative to laptops, has risen by a factor of 15 times in 20 years. It may increase by a further 100%, to 16 times, during the next two or three years.

Why is this happening? And will it continue? 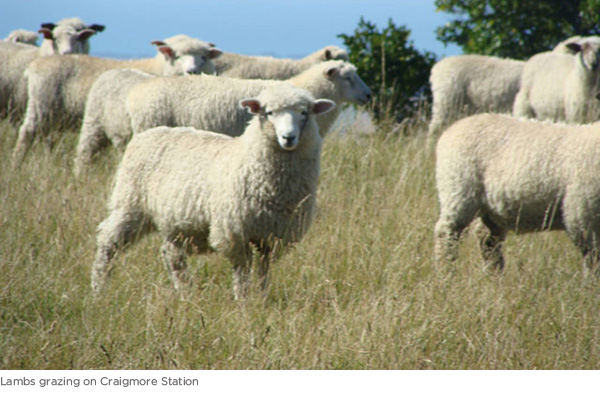 Why Commodity Prices should continue to be strong

There are three main sectors in the economy:

1. The manufacturing sector – which adds value to resources – creating goods.

3. The resources sector – materials, energy, food and fibre. The base resources.

Manufacturing has traditionally grown its share of the economy, relative to demand. This is because, no matter how many neat Sony devices could be produced, an increasingly affluent population could spend their surplus income (created by cheap commodities – see below) on more (or better or a greater variety of) goods.

This increase in the manufacturing share of income is changing. Strong competition in supply of labour-intensive goods is undermining returns to manufacturing.

Thus the leading products in many manufactured goods categories (think clothes) are now cheaper than they were 10 or 20 years ago. It may even be that the overall value added share of manufacturing in consumption  (relative to the contribution of materials and services) is beginning to shrink.

But, if manufacturing-value-add share of GDP is shrinking, is this in favour of materials, or of services? For much of the past 50 years, manufacturing’s shrinking share of income has made way not for commodities (whose share of income radically declined for two centuries until about year 2000) but to allow growth in services. We have seen larger shares of income spend on leisure, travel and housing. And massive growth of the GDP share of healthcare, financial services and government.

It seems to me the relative wealth momentum of services  is, like manufacturing-value-add, beginning to  fade.  In fact it would have faded rather fast if interest rates had not been lowered so dramatically. Without the recent bailout house prices; the prices of financial products and the government tax take would all have plummeted.

Since their competitors (for share of GDP) were not allowed to collapse commodities have had to find another way of flexing their new-found relative scarcity. If their competitors’ prices would not fall theirs would have to rise. Prices of commodities are indeed shooting up, fuelled by an economy that was prevented from shrinking by the stimulus, and therefore consuming vast amounts of increasingly scarce commodities.

All this is a profound change in the way the economy works. Since Adam Smith debunked Maltus the “economics of scarcity” has not been one of the more fashionable branches of economics.

The intellectual trend was well supported in the actual global economy, where resources, traditionally, have been in abundant supply, relative to demand.

This was because for most of the last 200 years the supply of resources had increased rapidly (with newly discovered lands and technologies). Meanwhile the quantity of food consumed grew only with the relatively gradual growth of western population (humans can only eat around 1,500 calories per day – whether they are rich or poor).

During this period of abundant resources the “surplus” created by abundant food and materials went at times to the manufacturing sector (think of industrial wealth in the UK/US in the 19th century and in Asia in the 20th century). At other times it went to the services, finance, government and labour sectors (think western house prices, social security spending, bankers bonuses  and urban incomes).

A new history is now being written. It IS different this time!

This equilibrium (and the comforting surplus and economic growth generated by abundant resources) is now breaking down. Food commodities in particular are going to be in short supply.

What could change the rise in the value of Lambs relative to Laptops? Absent a global population reducing catastrophe which preserved farming productivity, the answer is “not much”.

China and India have added an additional 2.5  billion consumers in to the traded global economy. Many of these new entrants are interested in upgrading their diet to ice-cream and cafe lattes (if not all the way yet to lamb). See chart below.

And we have only a limited amount of land with which to produce food (limited new land discoveries). In fact this area may be shrinking on a gross basis. It IS shrinking on a per capital basis. 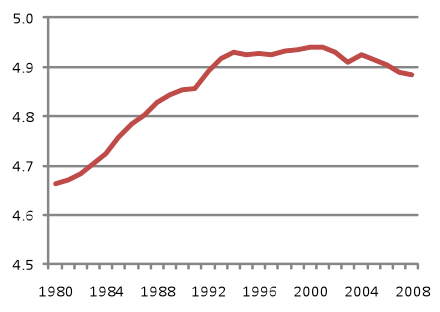 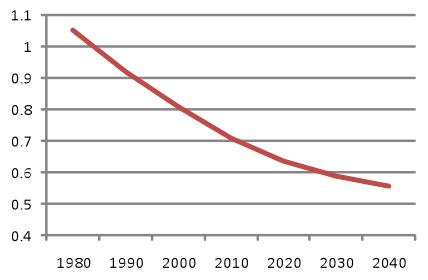 Meanwhile agricultural productivity growth has slowed from  4% last century to around 1% to 2% per year  (again see FAO graph, below). Better plant breeding is going to be a valuable contributor to supply, but it is not going to give the 100% productivity lift that chemical fertilisers gave us.

Apologies for no Commentary since September. Going forward we will produce prompt, regular monthly Newsletters for each Fund. However my Commentaries may continue to be sporadic.